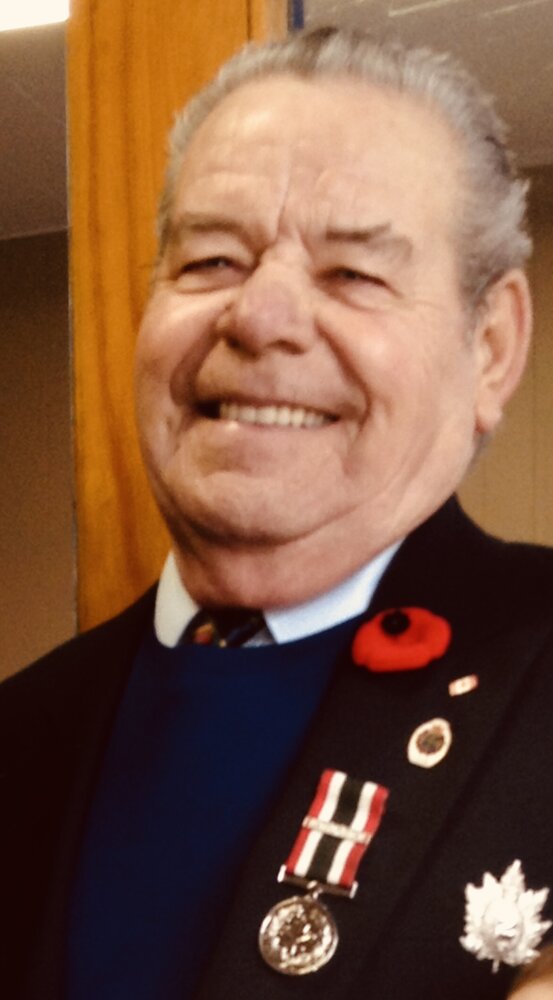 Haldane “Bill” Stuart Griffith passed away peacefully at the Shawville Hospital on April 18th at the age of 85.  Bill was a loving husband to Carmen Lavigne Griffith. Cherished father to son Richard (Tanya) and daughter, Debra  (Francesco). Proud grandfather to Danny (Natasha), Shawn (Christine), Nicholas and Carter.  Bill was born February 5, 1937 at the Queensway Carleton hospital, to Rhoda and Stuart Griffith and was the youngest of four siblings, Laticia, Melbourne and Barbara.  Bill grew up in Chelsea, Quebec where he spent the majority of his time with his grandfather William. So much so that he obtained the nickname “Bill” after his grandfather. Chelsea was home for Bill and his family for 62 years.  The community of Chelsea will remember Bill for his yellow 1977 Volkswagen Rabbit, a little car he drove as if it was a race car. Bill had a passion for country living and music and was never shy to sing to the old tunes of George Jones, Stompin’ Tom Connors or Merle Haggard.  He was also a big fan of the Ottawa Senators and could be found spending many evenings cheering them on or yelling at them as he watched them on tv. In his quiet time, he could often be found peeking out his front window watching his grandchildren grow up on Grand Calumet Island, where he enjoyed his retirement.  He will be deeply missed by all who knew him, and his memory will be forever held by those who love him. The family would like to take this time to thank all the CLSC care givers and the nurses at the Shawville Hospital for being so kind and supportive over the years.  A big thank you to Dr. Drachek, Dr. Smith and Dr. Nault, we appreciate everything you did for Mr. Griffith. Family and friends are invited to attend a celebration of life being held on Saturday, April 30th at the Lions Club , 660 Principale Bryson, Quebec at 2:00 p.m.