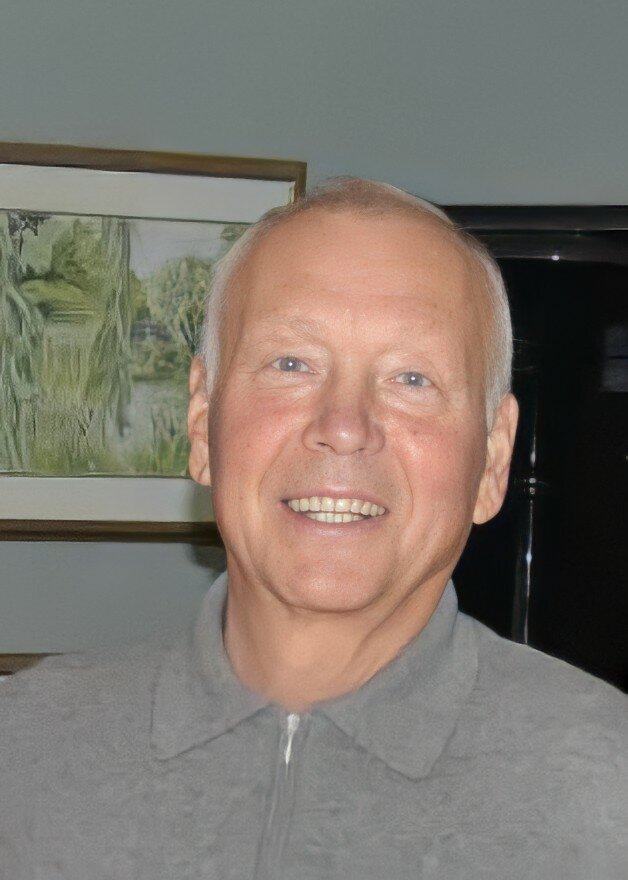 It is with great sadness that we announce the passing of Vladimir Mikhailovich (Mikhalych) Kungurov, our beloved Dedoolia, on April 27, 2022 of a sudden heart attack at the age of 75.  He died “in the saddle”, getting groceries for the family.

Vladimir was born on May 15, 1946 in Leningrad, Russia, to Mikhail and Serafima (Epifanova) Kungurov.  He grew up during the challenging post-war years, his playground being the neglected Smolensky cemetery near the Chapel of St. Xenia.  At the age of ten, he started helping his parents raise his twin brothers, Alexander and Dmitry.  After grade seven, in order to help his family financially, he began attending College of radiocommunications in Leningrad, where at the age of sixteen he met the love of his life, his future wife Lilia (Murashko) Kungurov.  They were separated by Vladimir’s service in the army in the Far East, and were married upon his return to Leningrad on August 23, 1969.

After his army service, Vladimir attended university in the evening, and received a degree as an electronic engineer while working full time.  He then worked in the field of mainframe computer installation and maintenance, a job that took him on business trips all over the vast country of Russia.  Their daughter Maria was born in 1973 and has remained Vladimir’s little girl for the rest of his life.

Vladimir always said that his favourite thing in life was launching new big projects.  The project of his life was conceived when he spent his monthly salary on the then-forbidden Bible, read Psalm 1, and realized that he must take his family out of Soviet Russia.  A rollercoaster adventure followed, with many reversals of fortune that are still waiting to be suitably related in a novel.  Eventually, Lady Fortuna deposited Vladimir and Lilia in Toronto, where the two former engineers became a phenomenally successful life insurance team, living the high life for a decade.

When daughter Maria married Ben Mackenzie, Ben instantly became Vladimir’s son in spirit.  When the young couple were expecting their first child, Andrew, Vladimir and Lilia gave up their worldly success in Toronto, and moved to Gatineau in order to be with the new family and help raise children.   And children there were - Andrew was followed in quick succession by Alexander, Kathleen, Peter, Anne-Marie and Johnny.  Six years later came sweet Mary-Rose, who gave Vladimir a chance to relive the experience of raising his little girl.  Vladimir’s vocation of nurturing that started at age ten with his baby brothers continued until the last moments of his life.

In 2009, after Anne-Marie’s birth, the family has moved to a farm in the Pontiac, and Vladimir has spent his final years here, clearing forest trails, building a sauna with the boys, picking and preserving fruit and berries, and participating in the family’s haphazard attempts at farming.  Everything on the farm speaks of him.  His hands can be seen in every building, every bush, every device he has improved.  We can almost hear his quiet humming as he went about his multifaceted invisible work for the good of the family.

Vladimir’s quiet light has shone not just on the family, but on everybody around him.  For the last decade, Vladimir and Lilia attended the Church of St. Xenia in Kanata, the Saint to whom Vladimir felt a special attachment given his childhood memories.  He had a kind and friendly word for every person and managed to have everybody feel respected and cared for.  People in every walk of life were attracted to him.  Those close to him will especially miss his effervescently hilarious sense of humour, and his unremitting sense of wonder at the beauty and wisdom of God’s creation.  Vladimir never got too old to be awed and delighted.

The funeral service in St. Xenia Church was held on May 4th, and it was breathtakingly beautiful.  According to his wishes, Vladimir was interred at St. Dominique’s cemetery, not far from the family farm.  Suitably, he found this serene spot while taking kids to their karate lessons at a nearby school.  Our heartfelt thanks to everybody who made this day as perfect as it was, we can never thank you enough.

Vladimir never talked about donations, but we think he might have liked to see St. Xenia’s Church in Kanata, that is special to him, or St. Dominique’s Church in Luskville, where he is interred, restored.

In the Orthodox tradition, it is customary to commemorate the 40th day of a person’s passing as the day of their final presentation at the Throne of God.  For Vladimir, it will be Sunday, June 5th, Pentecost for those on the Western calendar.  There is a short requiem service that will be held at St. Xenia Church in Vladimir’s memory on June 5th at 11 a.m.  Please join us at this time in person or in spirit.